According to the WHO, more than 7 million people die from tobacco each year in the world. Of this number, 6 million are users of the substance, but nearly a million are passive smokers, i.e., individuals exposed to tobacco smoke that others smoke. Despite these shocking figures, many people continue to smoke every day. Therefore, it is worth asking how tobacco affects our body. Does smoking tobacco also have consequences on an emotional level?

When we talk about “tobacco,” what do we mean?

According to the WHO: “Tobacco products are those that are made totally or partially with tobacco, whether for smoking, sucking, chewing or snorting.” They all contain nicotine, a psychoactive ingredient that is tremendously addictive.

What is the current situation of tobacco consumption?

According to the latest report from the “Cancer Observatory” of the Association against Cancer, 22.7% of the population smokes daily, 2.3% smoke occasionally, and 26, 1% declares themselves ex-smokers. The age group with the number of smokers is between the ages of 25 and 34, with a particular concentration of new smokers between the ages of 15 and 24. Men smoke more than women, out of ten smokers, 58.6% are men, and 41.4% are women. The highest concentration of smokers is registered in the social strata with fewer resources, which means that the higher the income, the less tobacco prevalence. By level of training, people with a medium level of education (ESO or FP) consume the most tobacco.

As positive data, it should be noted that there was a downward trend in smoking in the five years and an increase in almost 37 percent of people who are “almost never” exposed to tobacco smoke, being the minors who are the most acquired.

As is already known, tobacco use produces devastating effects on the body. To raise consciousness in communities about the risks of this addiction and the effects on physical and psychological well-being, more and more steps are taken for this purpose. An example of this is the 2011 Anti-Smoking Law or the different campaigns with aggressive images on tobacco packs.

It is of high significance to highlight the dire effects of tobacco on physical health, as considering the harms caused by smoking will assist both those who consider stopping smoking and those who are at the beginning and deter those who have never smoked. We list below the main health risks of tobacco.

It is the leading cause of cancer and cancer death.

Although the cancers most associated with tobacco use are those of the lung, esophagus, larynx, throat, and mouth, other organs and parts of the body are also affected by this substance. Some of them are the nose, kidney, bladder, liver, pancreas, stomach, cervix or cervix, colon, and rectum. In addition, it can cause acute myeloid leukemia.

It is a risk factor for cardiovascular diseases.

Regular use of tobacco causes the appearance of blood clots and weakens the brain’s blood vessels’ walls, which may result in a stroke. Clots can also form in the legs and travel to the lungs. In addition, the probability of experiencing coronary artery disease (angina and / or heart attacks), temporary high blood pressure, and problems with blood flow in both the legs and, in the case of men, in the penis, which would cause problems with the erection. On the other hand, in those who smoke, healing after an injury is more complicated.

Women who smoke may find it more difficult to try to become pregnant than those who do not smoke. On the other hand, after childbirth, there are also adverse consequences, i.e., a woman who smokes. At the same time, pregnant have a greater risk of miscarriages, extra uterine pregnancy, premature birth, and/or low birth weight. There is also a higher risk of the baby being born with a cleft lip or palate. Also, smoking during and after pregnancy increases the baby’s risk due to sudden infant death syndrome. In addition, smoking affects male sterility since tobacco consumption damages the quality of sperm, also decreasing, in some cases, their production.

Problems in the respiratory system.

The risk of suffering from chronic bronchitis, swelling in the lung tissue, cells, or skin, chronic obstructive pulmonary disease, peptic ulcers, and asthma complications is increased.

Exposure to chemicals in tobacco produces premature wrinkles on the skin, skin aging is noticeably accelerated.

Tobacco also attacks vision, and it is that smokers are more likely to experience macular degeneration than those who are not.

Greater propensity to other types of conditions.

A higher propensity index to certain diseases, such as stomach ulcers, has been found in smokers. Likewise, there is also a lower immunity to infectious diseases. 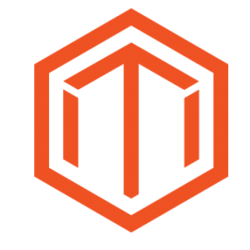 Benefits of Music for Health

10 MOST PRACTICED SPORTS IN THE WORLD

The main types of brain tumors:

What are mental illnesses, how do we recognize...

9 Tips for working on your Mental Health

The Benefits of Meditation

How to Protect your Skin from the Sun

5 Tips to get started in Body Building

10 MOST PRACTICED SPORTS IN THE WORLD